The American war machine relies greatly on oil, and has honed its drilling skills to perfection to ensure a constant flow of it. Not only are its refineries the cheapest and its tankers have the greatest capacity, but it has also developed many specialized technologies and methods to further improve or hasten its extraction and transportation. But unlike other factions, American refineries are unable to process the more advanced rare earth elements.

US Army survey teams driving a specially modified Humvee rigged with geological equipment are dedicated to identifying resource fields. They are fast and able to quickly reconnoiter a vast area for resources, but being armed with a heavy machine-gun, can also perform military scouting and even engage unsupported enemy infantry.

American bases are neither as cramped as Chimera nor as extended as Cartel ones. But they beat them both where sturdiness is concerned, especially when reinforced with sandbags. Yet such bases require a substantial amount of electricity to run properly, especially to operate its most advanced defense systems, such as the Phalanx & Patriot. The former will shred to pieces any helicopter entering its range and can be upgraded to also intercept enemy missiles. The Patriot is a long range SAM which will engage enemy planes and helicopters, but will also be able to intercept enemy tactical strikes (aka “superweapons”). Very fragile, those defensive positions shall be kept behind a line of sturdy machine-gun nests, eventually up-gunned with anti-tank or anti-aircraft missiles. And both Phalanx & Patriot will have to be kept plugged in at all times to be operational: should the enemy deprive them of their power source, those deadly weapon systems will be instantly neutralized, opening a deadly breach in your defenses. 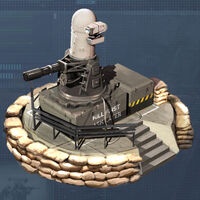 In its barracks, the US Army enjoys the largest selection of immediately available infantry units, cheap and well balanced (riflemen, anti-tank, anti-air, mortar). This will allow the US Army to very quickly deploy troops to secure key objectives, such as banks, on the map. More advanced and deadly units will be made available later, through upgrades and research.

A US Army player will then be presented with a choice between two early methods of deployment: the light vehicle bay or the hospital. The former holds the ubiquitous Humvee and the numerous LAV family (armored transport, mortar carrier, anti-aircraft, …). The latter will provide medical helicopters, both transport and healer to quickly dispatch infantry away and treat their wounds but at the expense of armor and fire support. Later will come the deadliest US Army tools, held in reserve within the heavy vehicle bay (tank & artillery), the helipad (attack, transport & recon helicopters) and the air control center (fighters & bombers). Most American units can be upgraded individually in their original building or by groups in some dedicated research buildings (logistical center & technical center).

American units are very good at what they’re doing, and once upgraded tend to be the best in their field. The reverse of the coin is that they are mostly limited to the one role they were originally meant for. Therefore, American units have to be used in close coordination to get the best out of the US Army …

Now, to put theory into practice, here is the US Army gameplay trailer: 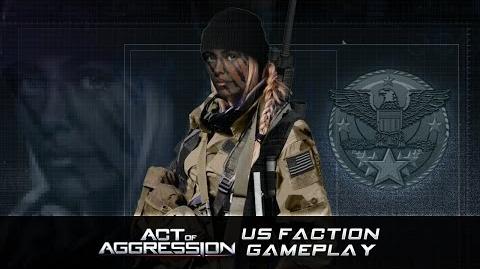