The "Art" of Aggression

Meet the man behind the visual universe of Act of Aggression, Thierry “Titi” Dunter, art director since R.U.S.E. unveils the details of Eugen Systems creative process. And how his team worked to create such a catchy, colorful and technologic environment.

The challenge was different on Act of Aggression. The creative team’s focus shifted on adjusting real-life vehicles’ models to the game by applying them an “Eugen touch”. It was more about having a dynamic environment and exciting models, without too much of an exaggeration, than sticking to realism.

Regarding the creative process, the art director and his two concept artists, Constant Le Gall, Paradis Sok and Yoann Vitry worked directly with creative director Alexis Le Dressay to ensure the creation of the desired atmosphere for the game.

“Since the beginning, we wanted a techno-thriller atmosphere, explains Thierry. Which implies the use of the blue tones, computing codes, popping writings.”

Since Act of Aggression‘s units in game are divided into three factions, we needed each one to be identifiable at first glance.

“Cartel would have the best gear, the most advanced technology. It is a secret army moving in the shadows, therefore we opted for dark tones. The US Army relies on older, yet proven equipment: we wanted to model it as a present-day quick reaction force, so we choose desert sand. And Chimera would sport white colors with little contrast, as it is an army build up around several nations and suits the UN.” 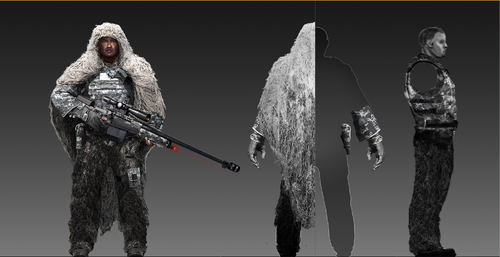 The same guidelines were applied for buildings: “US bases are mainly made of wood with few concrete, we were looking for a ‘prefabricated buildings’ impression. Cartel buildings have a hexagonal shape and look like made out of containers, while Chimera uses a digital camo”.

Once they have made up their minds about the artistic directions, the creative team’s brainstorming process began.

First, the factions was characterized, defined by a series of qualifying adjectives and sample images illustrating what the team had in mind for each one of them. From there, they worked on moodboards, “a document summing up all visual influences, tones and shapes for each faction” which will influence the creative process. 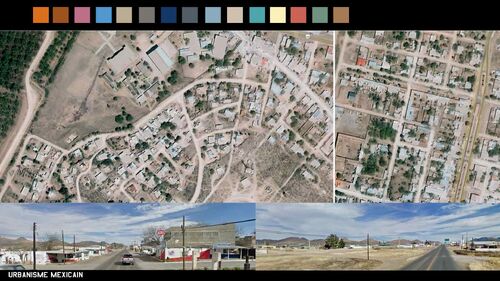 Redesigning the units was a big part of the art team’s work. “We wanted to customize real-life weapon systems without having one faction looking more appealing than the others, but to offer distinctive yet equally exciting features.”

This step implied for the team to work on very basic 3D models and integrate them in the game to check if the size and shape fitted in the environnement. “Once everybody was satisfied with the rendering, we began to work on the final versions.”

In term of tones, intensity was favored over realism. “We wanted the game to be fun to play. So the picture needed to be punchy. To do so, we worked on color saturation.”

The 3D artists team then began to create the props, such as barracks and terrain textures.

Next step involved working on the lighting, using an internal software. “We created different atmospheres depending on the hour of the day. We have a powerful engine which allows us to work very precisely on the lighting, the environment and the relief. We don’t have any limits in term of polygons. The only one we face is the player’s computer!”

At last post-treatment, a homogenization of every map, was essential to make the game coherent. 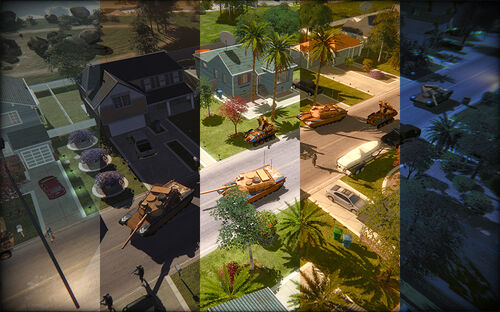