Where the US Army is very dependent on cash, the Chimera is better balanced resources-wise. Although its buildings require more electricity, Chimera’s HQ begins with a build-in power reserve providing enough for the base to be self-sufficient for some times.

Chimera’s resources management will be the easiest, with new resources being (mostly) only required when unlocking new tiers, and basic buildings and units requiring only money.

And unlike the US Army, the same refinery will drill over a wider area, harvest all kinds of resources (providing a single generic upgrade) and be able to double its drilling speed if need be. But in the latter case, appropriate cargo and storages must be made available to accommodate with the surge in resources.

Chimera relies heavily on unmanned ground vehicles (UGV), including to survey resources fields and transport cargo from refineries to HQ. Unlike the very fast American Humvee, survey UGV are slow, yet have a wider range of sight, are armored and well-armed in case of encounter with enemy infantry. UGV tankers (aka Crusher), although of lesser capacity than the American ones, can be armed with an efficient autocannon, making an assault on a Chimera refinery a hard nut to crack, or even made stealth, preventing the enemy to easily disrupts its supply lines.

Where other factions will be more free to expand their base over a larger area, Chimera will have the most cramped one, forcing it to be extra careful on how to arrange its buildings. Yet, it will also be the faction with the greatest ability to establish secondary bases far away from the original one, thanks to its Outposts.

Also, with the cheapest barracks of all factions, Chimera can quickly deploy infantry and even build two barracks (to hasten production speed) when others only have one. But, although its infantry units are among the best and fastest in their kind, the choice immediately available is quite limited (riflemen & sniper) compared to Cartel & US Army.

Chimera has three combat protocols: SPEAR, SWORD (attack-oriented units, buildings & upgrades) & SHIELD (defense-oriented units, buildings & upgrades). SPEAR is the original tier, with all the “quick reaction force” units available. The more advanced the buildings, the more divided into SWORD & SHIELD the units & upgrades it contains: they will be made available only once the related protocol is unlocked. Hence, Chimera commander will have to make a choice between going early on the offensive, or staying for a time on the defensive. This SWORD/SHIELD specialization affects all units & buildings. A same unit will, once SHIELD protocol is unlocked, be able to mount a CIWS system to stop enemy incoming missiles, and once SWORD is, get anti-tank missiles of its own. 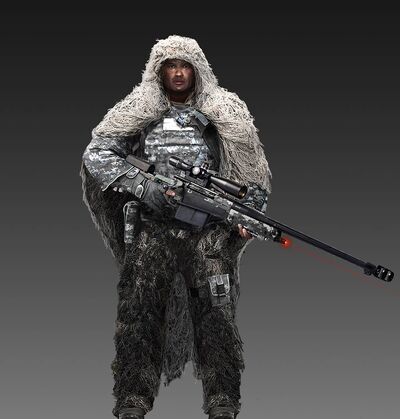 In the end, Chimera units and defensive buildings are the most versatile ones of all factions, usually upgraded with several weapon systems allowing them to engage any kind of target, or combining very effective attack and defense equipments. But versatility usually comes at the price of never being the best in any field …

Now, to put theory into practice, here is the Chimera gameplay trailer: 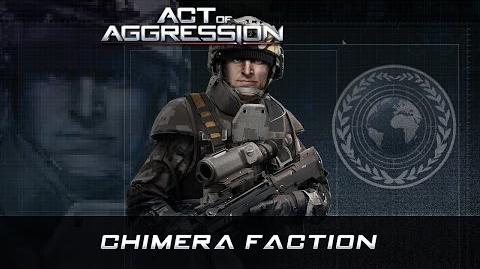