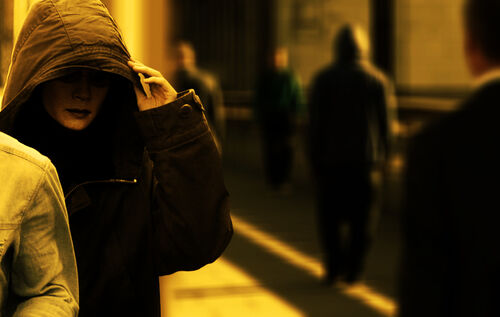 So scarce are the details about her past that Zhang Yao’s Interpol files’ only information besides her name are a date and place of birth. Both of which are authenticity are still debated by the few persons aware of her existence… 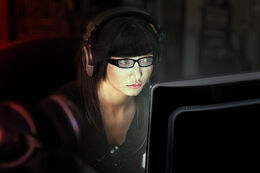 The most accepted theories have her a former member of PLA Unit 61398, the Chinese army’s secret hacker division. Now supposedly disbanded since the infamous Shanghai Crash and China’s economic descent into hell, this unit was composed of the country’s most brilliant minds in computer science, responsible for several high-profile cyber-attacks against China’s rivals. And Yao was one of their prodigies.

But some experts at the UN Transnational Crime Organization commission have come to speculate that she might already have had a hidden agenda when she was drafted into Unit 61398. If the Shanghai Crash was to be proven a terrorist attack, it would have needed people inside the Chinese cyber-security apparatus, and she would have been in the perfect place for that. What little is known for certain is that after the Unit‘s disbandment, Zhang Yao was briefly recruited as a cyber-security expert by Yueng Corporation, a private holding. But she quickly disappeared when both UN and Chinese inspectors started closing on her in the course of their investigation about a possible conspiracy behind the Shanghai Crash.

She then turned to more profitable activities, lending her hacking skills to the highest bidder, making her one of the most sought after cyber-terrorist on the market. Zhang Yao now ranks high on Interpol‘s “most wanted” list, as well as other public organizations (her own government not the least one) willing to question her about her possible involvement in the events leading to the Crash. 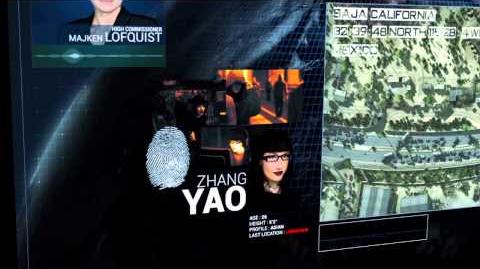