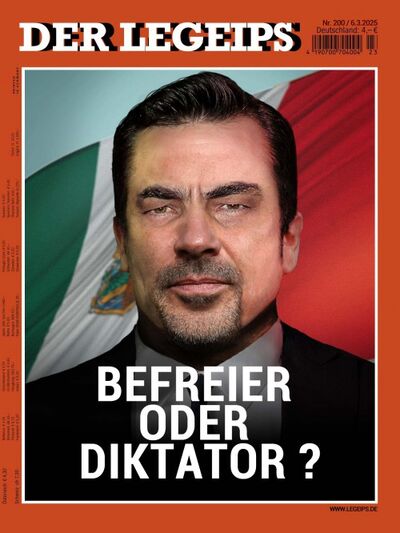 Governor Escobedo has created a sensation yesterday when he proclaimed the Baja California & Sonora states independent from Mexico. This new República Democrática de Nueva California (RDNC), yet to be acknowledged by any country, will be presided by Raul Escobedo himself “until proper elections can be organized”, according to the new administration.

The Mexican government’s spokeswoman, Consuela Montiel, has declared “[governor] Escobedo’s proclamation” to be an “act of treason“. “The Mexican government won’t acknowledged this one-man secession”, she said, yet she stands “assured that the real citizens of Baja California can’t be associated with [governor] Escobedo’s madness”. Nonetheless, she confirmed that the government would take “every necessary step to bring Escobedo to justice”, including “armed force”. 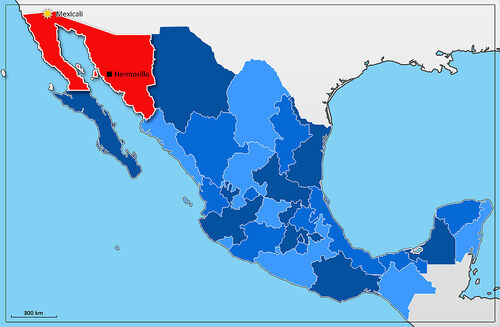 Yet, despite the imbalance of size between Mexico and the self-proclaimed RDNC, the official government might have trouble dealing alone with the smaller troublemaker.

Unsurprisingly, Raul Escobedo left the Mexican federation with some of the richest states, thus crippling the Mexican economy. Himself one of the wealthiest men in the country, ‘El Presidente’ Escobedo already has quite a controversial legacy. Making a fortune in the import-export business, he has over the recent years expanded his activity into the private military and defense sectors. Styling himself and “open-minded businessman”, R. Escobedo’s name has been repeatedly mentioned in smuggling affairs, and his “private security” has earned a fearsome reputation as a ruthless yet efficient paramilitary force in Northern Mexico.

R. Escobedo rose to public fame two years ago, during the September 10th’ riots in Mexicali which claimed the life of Baja California’s previous governor. A well-established local figure, R. Escobedo was able to calm down the rioters and restore peace where federal organizations have failed to do so. One might wonder how much the fact that he was being backed up by a private army may have weighted in this diplomatic success.

Nonetheless, R. Escobedo was elected governor of Baja California by a landslide early this year, in the first election since the riots. Although he campaigned for more autonomy for the States, especially the wealthy Northern ones, and violently attacked what he called “the corrupted government in Mexico”, no one back then could have foreseen this latest turn of events.

As we are writing those lines, no foreign capital has acknowledged R. Escobedo’s new government. But while the official Mexican government is already trying to secure international support, especially from the United Nations, it is highly unlikely that the latter will be able, if only willing, to provide any military support. With its Blue Berets decreasing in numbers with every passing year, due to the contributing nations being unable to fulfill their military commitments, it is very unlikely that the UN could send more than a token force of peacekeepers.

Thus, Mexico’s fate relies on its own under-strength and under-equipped Army, victim over the recent years of several crippling budget cuts. Faced with R. Escobedo’s smaller but more motivated and better equipped private military forces, there is no telling who would prevail …