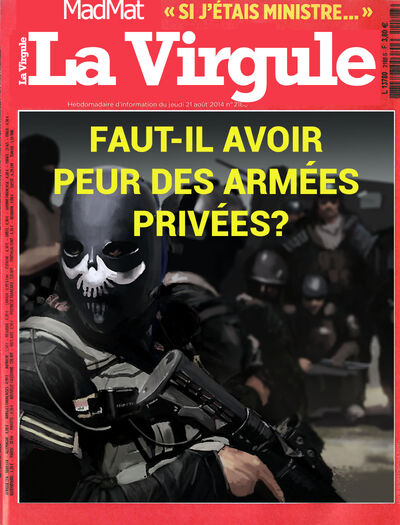 Tomorrow will mark the fifth anniversary of the infamous “Shanghai Crash“, a fateful day which have changed the lives of most of us. We may actually be suffering more from its consequences today than we did in its immediate aftermath, back in 2019.

What economists in the late 2010’s had called the “Great Recession of 2008” was just the beginning of the worst global economic decline observed since 1929. The Asian markets first bore the brunt from the crisis, quickly followed by a weakened Eurozone, and North America came down in their wake.

The first to be hit where those countries already struggling by the financial and sovereign debt crisis. Eurozone was shattered, with only a small core of countries left. Government after government declared their country in a state of default, unable to pay back their debt.

The bankrupted States couldn’t afford social or public spending anymore, military budgets were especially victims of the crisis. That is, when armies were not disbanded in favour of a limited National Guard force.

It left tens of thousands of disbanded soldiers without any prospect, nor pay, anymore, while huge volumes of now useless military equipment appeared on the second-hand market. Both were quickly taken in the care of major private military companies (PMC). By a cynical twist of fate, those same States unable to afford a standing army have since then been the PMCs’ main clients, contracting them to supplement their limited troops every time a crisis or terrorist threat arose.

The Advent of the PMC

Over the last five years, such PMCs have flourished all over the world. Some, like Weyland Defense Corporation, are working exclusively for the US Army, providing R&D, testing, maintenance, …

Others, like the California-based Damocles, the South-African Skild or the Russian URB are established worldwide, controlling foreign subsidiaries and working for dozen of governments and private employers.

Yet we still have the old “soldier of fortune” types, more mercenary band than company. One such example can be found in the Balkans, where the Belyie Volki, a band of unemployed veterans from the Transnistria War, who are lending their military experience, against payment, to any belligerent whatsoever. And thus often switching sides from one contract to the other.

Private armies are now gradually taking over more and more of the regular armies’ prerogatives, if not all of them in some countries. To such extent that we might have to get used to the notion of having, in a future not so far away, our security depending entirely on men whose sole reason for protecting us is money.